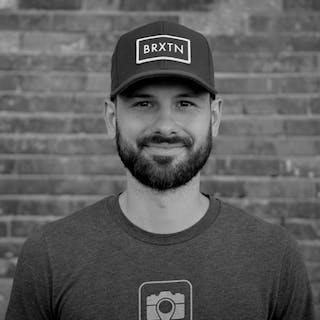 When I started at CompanyCam less than a year ago, I was the only member on the marketing team – now we have nine. How did we grow so fast without breaking the bank? Interns. No, not your run-of-the-mill interns that go on coffee runs for you, or interns that you stuff in the converted closet to work on your pet projects. Rather, the cream of the crop that are integrated right into your team.

We managed to pick off the best interns. And we feel pretty d*rn fortunate we did. From day one, they’ve wanted to own something, wanted to be part of the team, have had the right attitude, and have been eager to shed the ​‘intern’ label. They’ve been the spark that we needed to get our wheels going and grow into the team that we are today.

We think attracting these amazing interns has started with culture. No, I’m not talking about Vegas trips, catered food, and ping pong tables. Those things are nice and probably get plenty of talent in the door but our interns aren’t disposable assets that we intend on discarding after each summer. We want to keep them around. That relies heavily on figuring out what gets their gears going and handing over the keys to vital parts of our marketing operation to young, unproven, part-time talent.

Sound crazy? We don’t think so.

Check this out. Here’s what our employees-formally-known-as interns (yep, we promoted them to part-time employees) have to say about their experience working at CompanyCam.

Q: Who are you? What are you studying?

Jordan: My name is Jordan Roark and I’m from Sioux Falls, South Dakota. I’m a senior at the University of Nebraska-Lincoln studying Advertising, Communications, and Sociology.

Nick: My name is Nick Wilkinson, I’m from Bellevue, Nebraska. I major in Advertising-Public Relations and minor in English at UNL.

Jared: My name is Jared Mikuls and I’m originally from Omaha, Nebraska. I’m a junior at UNL and I’m a double major in ADPR and Graphic Design.

Q: What were you looking for in an internship?

Jordan: When I was applying for internships last spring, I was looking for experience above anything else. Going into my last year in college I just really wanted an internship where I would be given responsibilities and projects that were mine to own. It can be hard to find a place that gives students and interns the ability to really explore their interests and take control over projects, but that’s what I knew I wanted.

Nick: Before I joined the CompanyCam team I was looking for an opportunity to do creative, strategic, and analytical work. I was truly hoping to work with people that would help me expand my skill-set, push me to develop higher quality work and just simply hang out. An enjoyable company culture was very important for me.

Jared: When I was offered the position at CompanyCam, I was actually still working at another internship, but the opportunity offered much more than where I was at the time. I always wanted to work in a startup/​agency setting where I was allowed to have lots of creative freedom, learn and expand my knowledge of the industry, and have the chance to gain experience of working on projects that I really cared about. That is what I thought I could get out of working for CompanyCam and so far that’s exactly what it’s been.

Q: How’d you hear about CompanyCam and what made you decide to take an internship there (as opposed to other places, or somewhere that’s not a startup)?

Jordan: I heard about CompanyCam through one of my professors. He reached out to me and told me I might be a good fit for their marketing team and helped me set up an interview with Luke, the founder and CEO, and Kyle, the marketing director. I met with them in a coffee shop, it was a super laid back interview and even though I had interview jitters, I knew I liked both of them. I had been interviewing for a bunch of different internships around the same time and was feeling a little worried that I would end up in a position that wasn’t right for me, but after meeting with Luke and Kyle I knew I really wanted to work at CompanyCam. I could tell they had big things in the works and I wanted to be a part of that.

Nick: I really didn’t know what separated startups from any other sort of company, but I knew after meeting with Luke and Kyle I needed to be involved on this side of business. CompanyCam was this nebulous idea for me — much like it is for potential customers that have never heard of it — but the passion my interviewers spilled out in their explanation had me hooked.

Jared: My introduction to CompanyCam was very similar to that of Jordan and Nick’s. We were all in the same course in the journalism college together and the professor reached out to me that I could be a good fit in the marketing team here. I met with my professor, Luke, and Kyle at Crescent Moon for an interview and a chance to learn about the opportunity. After the meeting I saw that this was a great opportunity that I couldn’t pass up. I would get the chance to work in a start up environment and delve deep into meaningful real-world projects.

Q: What are some of the projects you’ve worked on while interning at CompanyCam?

Jordan: I started at the very beginning of May and was able to jump right in on the launch of our Before and After camera feature, which was a lot of fun. I’ve worked on our social media pages, our blog, event planning, press releases, helped write emails for our sales team, put together our monthly newsletter — you name it, I’ve probably worked on it. My favorite project I’ve worked on since starting was definitely our Homefield Advantage campaign. We planned a couple of tailgates and got to do some really fun stuff. Planning the events, getting things set up, and spending the day hanging out and talking to people about CompanyCam and football was so much fun and it made the campaign really unique and memorable.

Nick: I’ve really broadened my palate since starting at CompanyCam in April. Since the beginning, I’ve been involved with content strategy, work ranging from social media, blog articles, search-engine optimization and ads (Facebook and Google). I really enjoy talking brand with the team and coming up with clever copy that fits with our voice and tone. Tossing around ideas, both work-related and not, is my favorite part of the day.

Jared: In my time at CompanyCam I’ve done a lot of web design work, which was relatively new to me at first, but I’ve learned that it’s something I really enjoy. While a large portion of my time is devoted to managing, designing, and building our blog, I have also been heavily involved building parts of the marketing site like the team page, features page, careers page, and more. I also work closely in the back-end of WordPress optimizing different plug-ins to make our webpage operate as best as possible and convert visitors into customers. As well as website management, I also have done design work for different digital assets and social graphics for different campaigns.

Jordan: It’s hard to pick one thing, honestly, but if I had to say just one it would be the people. I know that sounds super cliche and cheesy, but it’s actually true. I genuinely like every single person I work with, and I think that’s hard to come by. I don’t know if it’s the fact that we’re a smaller company so we’ve been able to really get to know each other or if CompanyCam only hires cool people (probably a cross between the two), but I’ve never worked in a place where everyone meshes so well. It makes it easy to come to work when you like everyone there and you like what you do.

Nick: The best part about this gig is that I’m continuously being surprised by how intelligent, caring, and witty the people around the office are. I wanted to work somewhere people genuinely cared about my progress (in and out of the office) and the CompanyCampers absolutely outshine my expectations.

Jared: It’s a bit difficult to pick one thing that makes working at CompanyCam so awesome. I love coming into the office everyday, a lot more than going to school, because I know that I’ll be working on different projects that I actually care about and am invested in the success of the product and company. Ultimately though, I think that it all boils down to the fact that we’ve created an incredible company culture here. Everyday I work with incredibly talented, passionate, and generally awesome people that make challenging work a fun time and that inspire me to put out the best work that I possibly can.

Jordan: I think for me the biggest challenge of working for CompanyCam has been being pushed out of my comfort zone so much. At previous positions and when I first started at CompanyCam, I was very much a person who liked to have direction and feedback — primarily because I didn’t want to disappoint. Within my first couple of weeks I was given complete control over our social media pages, was sending out press releases, and all sorts of things I did not feel qualified to do as a new person and especially as an intern. Ultimately, it’s made me much more confident in my skill set and has made me more independent and self-reliant in the workplace.

Nick: There are two challenges that come to mind for me when I think about this experience. 1) It has taken me a long time to feel confident about the work I’m doing. 2) Knowing the target demographic for CompanyCam’s product has been challenging. Jumping on board and marketing to an audience you know nothing about is both exciting and intimidating.

Jared: One of the biggest challenges that I originally faced was honestly working with a group of such talented people. When I first started out I was really nervous that I wasn’t putting out work that was good enough and I felt underqualified since my co-workers were so good at what they do. Ultimately though I learned to understand that all of my co-workers experience shouldn’t intimidate me, but challenge me to learn and improve myself. Since then I’ve taken the mentality of absorbing as much knowledge and skills as I can which has definitely lead to me improving as a designer and as a marketer.

Kyle keeps the creative team in check and provides the vision and creative direction behind our website, advertisements, tradeshow presence, and more. In Kyle’s free time, he can be found playing pickup basketball games, tearing his home apart piece by piece, cheering on the Hawkeyes (ew), and hanging with his family. 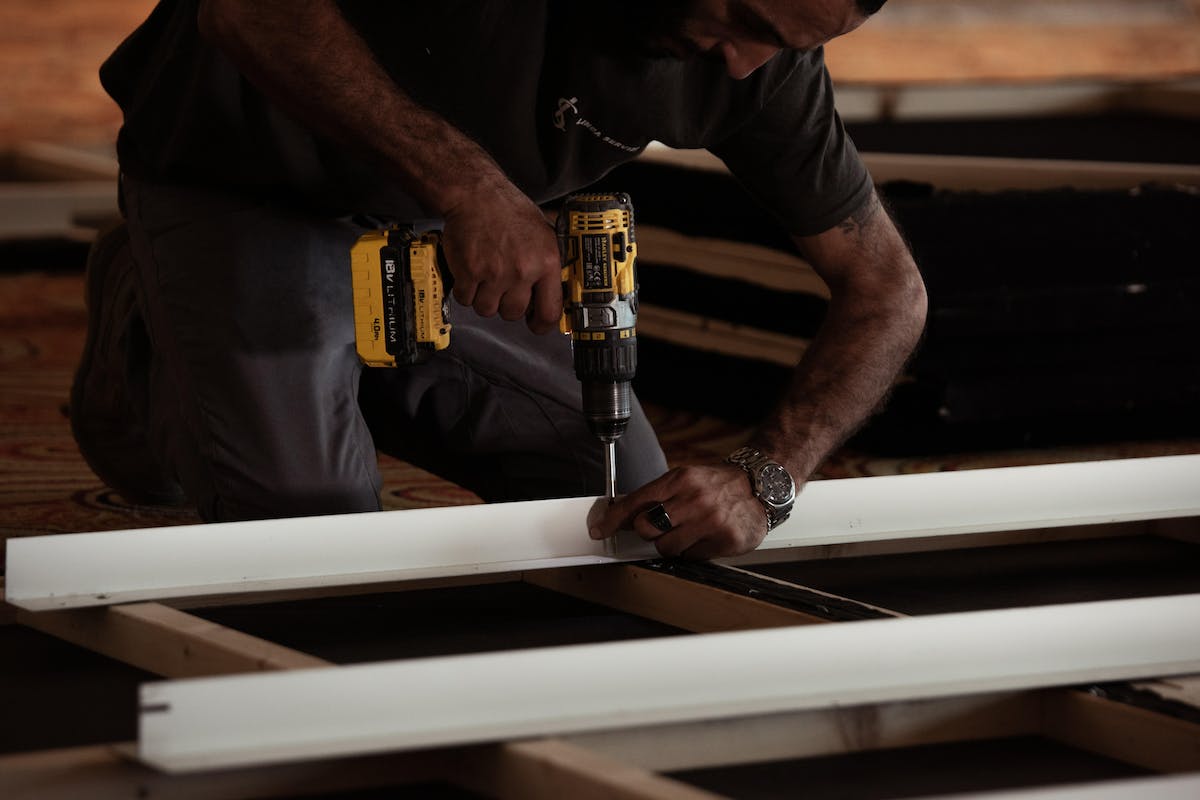 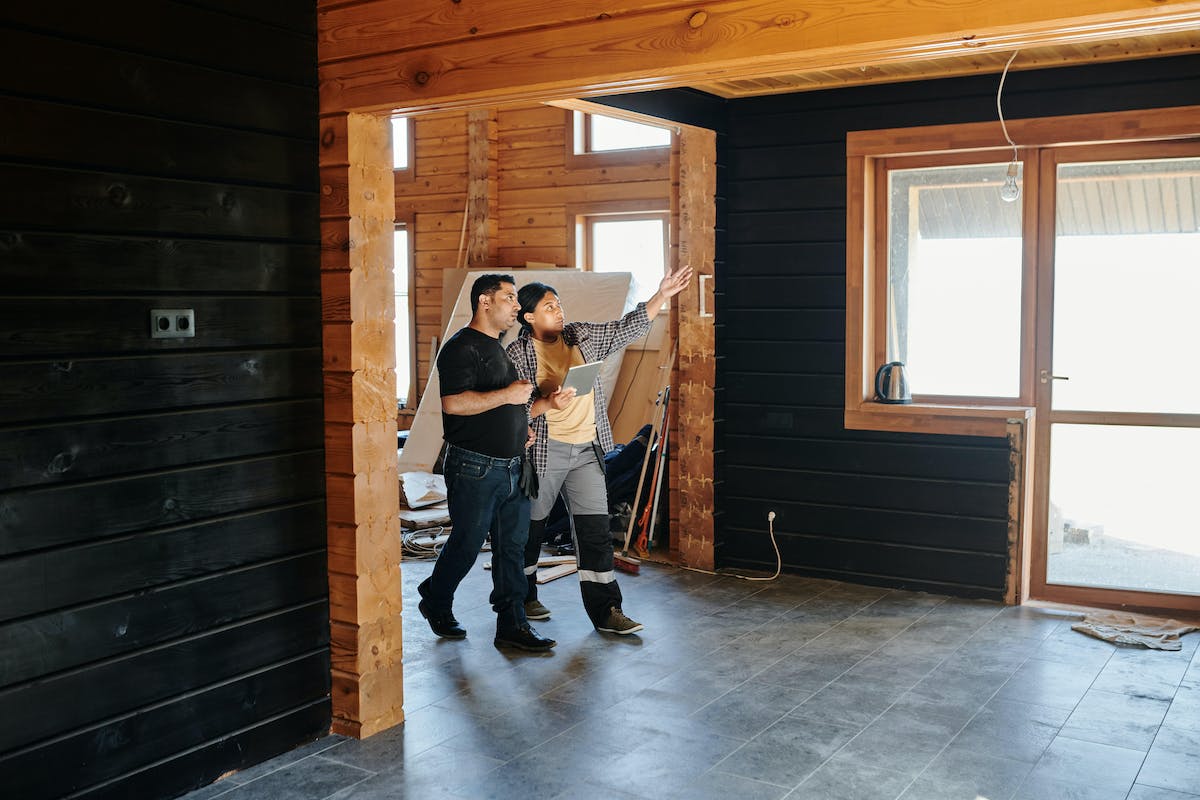